Just added to your cart

Below is a chart of the most popular Strains. Full Spectrum (Phyto-Cannabinoid-Rich defines when all Cannabinoids and Terpenes are left together.  Also known as the Entourage Effect.  Resulting in the most effective way using CBD.

After CBD, the most prolific classical phytocannabinoid is cannabigerol, better known as CBG.  CBG, as researchers are finding, is in itself a formidable appetite stimulant, neuorprotectant (especially with Huntington’s disease), as well as treatment for IBS.  Like CBD, CBG is regarded as “well tolerated” with a minimal side effects.

The second most interesting secondary cannabinoid  just may be cannabichromene, or CBC.  While clinical studies have only confirmed a few traits of it, it packs a punch with its known attributes.  Particularly its anti-inflammatory properties.  Since CBC shares traits with CBD, a full spectrum extraction featuring the two packs a 1-2 punch when combating the many inflammation based diseases such as rheumatoid arthritis, Crohn’s disease, and Alzheimer’s.  Additionally, researchers are studying CBC for it’s antimicrobial and anti-fungal properties.

Taking the bronze metal for most formidable secondary cannabinoid certainly goes to cannabinol, or CBN.  Surprisingly enough, isolation of the CBN molecule predates the isolation of CBD.  In the 1930’s, researchers successfully isolated CBN, who ascertained that its presence comes largely as a result of aging cannabis.    The majority of study around CBN focuses on its synergistic capabilities when paired with THC.  To its own claim to fame, clinical studies on mice show CBN is a very promising treatment when combating tumors.

This is just the tip of the iceberg.  Full spectrum products, depending on the extraction method, may contain the complete collection of 80+ cannabinoids.  This is in addition to the handful of naturally occurring terpenes with their own therapeutic properties outside the cannabis plant.  True, full spectrum products may cost a little extra due to the delicate nature of the extraction process.  Keeping that many precious molecules in tact is not an easy feat.  However, we feel (and research shows) that the added cannabinoids means an added healthful benefit. This is just one of hundreds of cannabinoids that have been identified in the cannabis plant. CBD is becoming increasingly popular among the masses for having a wide scope of benefits – due to clinical reports and test data showing little to no side effects and a lack of psychoactivity (typically associated with marijuana products and high THC).

Difference between Marijuana and Hemp

Although derived from cannabis plants, but industrial hemp can't be more than 0.3% THC to be legal under the 2018 Farm Bill. This means that hemp-derived THC, which is rarely psychoactive, is legal all across the country regardless of whether or not marijuana is legal in a certain state.

Difference between CBD and THC

The two are nearly identical twins.

What differentiates the two compounds, however, is the arrangement of a single atom, which you can observe in the illustration below. An atom is about a million times smaller than a human hair.

CBD or cannabidiol is the main active compound in hemp, and unlike THC, it is not psychoactive, so it doesn't make people "high". Inside the human body there's something called the endocannabinoid system, with receptors spread throughout the brain and body. When these receptors are activated, they enable two-way communication between body systems. Interacting with both nervous and immune system brings pain relief and reduces anxiety.

There are approximately 85 know cannabinoids found in the cannabis plant, the most prominent of which is Tetrahydrocannadinol (THC) and cannabidiol (CBD). A cannabinoid is a compound that interacts directly with our body’s Endocannabinoid System (ECS), which in short, is a network of receptors that interact with cannabinoids to maintain vital functions throughout our body.

Scientists discovered the first cannabinoid receptor in 1988, and by 1993, they had identified a second receptor. In 1995, the two receptors were classified as the CB1 and CB2 receptors.

CB1 receptors are found abundantly in regions of the brain responsible for mental and physiological processes such as memory, high cognition, emotion, and motor coordination, while CB2 receptors are found throughout the central nervous and immune systems.

The interaction between the CB1 and CB2 receptors with cannabinoids like CBD and THC is the catalyst for health benefits such as pain relief, anxiety relief, appetite stimulation, mood management and more.

Now this is where the different positions of that tiny atom come into play.

Because THC and CBD have different molecular structures, they do not interact with the CB1 and CB2 receptors in the same manner. This greatly differentiates the effects each has on the body, which is likely the biggest concern when comparing CBD to THC. How does CBD and THC affect Your Body

While CBD and THC both bind to the CB2 receptor, they interact with the CB1 receptors in different ways.

Because of its molecular structure, THC is able to bind directly with CB1 receptors. When this bond is formed, the reaction creates signals that are sent to the brain, which results in the psychoactive effects of “getting high.”

In stark contrast, research shows that CBD does not bond directly with the CB1 receptor, and its presence can even negate the bond between THC and the CB1 receptors, effectively neutralizing the psychoactive effects induced by THC.

While THC certainly offers tremendous health benefits, its mind-altering effects are not always desired. CBD, on the other hand, can deliver many of the same benefits of THC without inducing its psychoactive effects. 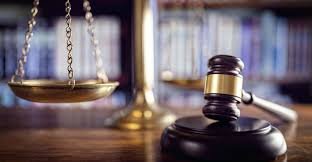 Because of its ability to induce mind-altering effects on the user, THC has been classified as an illegal substance in most countries around the world, including the United States.

While CBD is still in the gray area of the law due to unclear laws and its close relationship with THC, it is much safer to use from a legal perspective.

Under the Farm Bill, CBD derived from hemp is federally legal. While that was a federal law, it does not legalize CBD derived from marijuana, and it did not overrule state law. Because states could determine their own laws pertaining to CBD, and the distinction between hemp and marijuana was still unclear to many, the legality of CBD from state to state had become very confusing.  With the passage of the Farm Bill of 2018, the legality of CBD has been clarified once and for all.

The History of Hemp

Hemp has a very vast history that cannot go unnoticed. We are very excited to be at the forefront of what we believe is one of the most valuable commodities.

Every major civilization in history has recognized hemp as #1 on its list of important plants. The ancient Chinese, Indians, Egyptians, Assyrians, Persians, Greeks and Romans all revered hemp. Now modern science is validating what the ancients all knew - and uncovering exciting new discoveries about hemp.

First American Flag was made from Hemp

The Declaration of Independence was drafted on Hemp

Hemp was used as rope for ships, and it was a required crop in the American colonies

Not growing Hemp was grounds for jail time

Forbes Magazine has stated that the CBD market will become the next billion dollar industry, growing by more than 700% in just the next couple of years. The Cannabis industry is projected to be at $50 billion by 2026.

There are over 23,000 studies that show the benefits of cannabis. It's backed by an enormous body of scientific research, enthusiastic public opinion and more progressive cannabis laws, which are giving cannabis reputation it deserves as a groundbreaking health solution.

At Hemp Boca, our CBD products utilize the full spectrum Cannabis plant mixed with Hemp Seed oil. Not all hemp is created equal. Our Hemp/CBD Oil is processed through Co2 extraction and full panel screening to give you the purest oils. No GMO, Solvents, Pesticides and Metals, using only organic ingredients.

All our products are manufactured in the USA in a registered GMP, (Good Manufacturing Practices) cruelty-free facility.

That means we use only the best, highest quality, purest Organic Hemp and we don't use any high heat processing that reduces the potency of the oil.

Which means there is NO testing on animals in our facility, that's a big issue - especially in the skin care industry.

Our Hemp/CBD Oil is a combination of both the CBD Isolate (or Extract) along with the Full Spectrum Whole Plant Hemp Oil.

This gives us a much higher potency of Oil while maintaining over 80 other cannabinoids, all of which have additional healing benefits.

There are actually more than 400 phytonutrients that exist in hemp plants. Our extraction technology allows us to extract all of these nutrients, without using any heat or harmful solvents. The result is a natural extract with exceptional nutritional and healing properties. With Hemp Boca Hemp/CBD products, you are getting the highest quality, purest oil, plus over 400 other nutrients, in a naturally synergistic, easy-to-use and easy-to-absorb form.